East Riding College’s annual awards ceremony was held last week in the Royal Hall at the Bridlington Spa.  The evening saw over 50 recipients recognised for their achievements, dedication and hard work in front of an audience of family, friends and peers.  Student winners were nominated by their tutors and ranged from younger students on school-links programmes to adults who were retraining.

Student Jade Hogg aged 18 from Driffield won the Ken Whyborn Recognition Award, awarded to a student who has overcome significant challenges to successfully complete their course and achieve in their chosen field.  The award is sponsored by Ken Whyborn, a member of the community who has kindly donated a hardship fund to the College over the past two years to support students in financial difficulty. Ken’s generous donations have benefitted many students and in several cases enabled them to continue attending their course through times of financial hardship.  Up until this year Ken has always donated anonymously, but was persuaded to attend this year’s ceremony and present an award given in his name and was able to meet winner Jade.

Jade who studied health and social care supported herself financially throughout her course, holding down three part time jobs whilst also studying full time.  Through sheer hard work and determination Jade achieved top grades in her extended diploma in health and social care, the equivalent of three As at A-Level.  She also has dyslexia and worked hard to gain her GCSE English Language, which she needed in order to pursue her chosen career path.  The hard working student, who never thought she would be able to go to university, has recently accepted a place to study social work at Sheffield Hallam University.  The award comes with a £100 prize which Jade will put towards the costs of a flat at university.

Jade said, “I’m proud of myself and I feel the award is recognising all my hard work.  I’d like to thank Ken for creating the award and my tutor Bev Felgate, for nominating me and always believing in me and supporting me.”

For the first time the annual celebration included the awards for the Bridlington Medical Health and Social Care Academy, whose winners are the first cohort to complete the two year programme.  The Academy Outstanding Achievement Award went to Daisy Gunning an East Riding College student who has shown professionalism and commitment to her chosen field of nursing throughout the programme and has now accepted a place with Academy partners the University of Hull to study mental health nursing.

Mature student Tom Annakin aged 28 from Bridlington won Student of the Year for Travel & Tourism and Outstanding Contribution to Enrichment.  Tom won the outstanding contribution award for his passion and enthusiasm in his student governor role and for organising enrichment activities for his fellow students.  One such event was the College’s Pride Fest - celebrating LGBTQ social and self-acceptance and to highlight LGBTQ issues.  Tom’s student of the year award for travel and tourism was equally well deserved, with Tom achieving a distinction in all of his units including his Worldwide Geography exam, where he gained the highest grade ever recorded at East Riding College.

Tom said, “I’m really pleased to have won both awards and very happy.  I didn’t think I would win, I feel very proud - it’s a moment of self-reflection looking back on what I’ve achieved and it’s nice to hear other people’s encouraging words about you too.”

Tom’s mum Mandy Annakin added, “As parents we’re both very proud of Tom for going back to college at his age.  It’s a big steps to go back as a mature student.”

Tom hopes to go on to work in the industry as a travel agent or in events management.

Former Hull City player Charlie Dunkerley aged 20 from Walkington, won Student of the Year for Barbering, which he took up after his football career was brought to a halt through injury.

Charlie said, “It’s good to win, a good feeling.  It was surprising to be nominated but recognises what I’ve overcome to move on from football and get qualified.  I was interested in barbering because I’m a social person and it’s not sat at a desk all day.  Plus, it’s a skill I can take with me anywhere in the world and I’ve found I really enjoy it.”

Charlie has already finished his course and is now working at Lone Wolf barber shop in Hessle.

Charlie’s proud mum Shelley Dunkerley said, “He’s done really well and overcome a lot since having left football.  He’s recovered from serious injuries and to move onto something he obviously enjoys is fantastic.”

Twenty-six-year-old Maxwell Smales from Catwick near Beverley also won Student of the Year for Performing Arts.  He said, “It was very validating for me actually, to win the award.  It’s difficult as a mature student going back to college, you’re a bit unsure of yourself, but it’s brought out the best in me.”

Maxwell is going to the University of York to study film and TV production and hopes to pursue a career in writing, directing and producing.  He said, “I’ve discovered a passion for film making and would prefer to work behind the scenes, but I appreciate what I’ve learned on the performing arts course about the production process and having the opportunity to write and perform our own work.  It’s allowed me to channel my creativity.”

The celebration event was attended by dignitaries from across the East Riding, including the Mayors of Beverley and Bridlington.  Performances by the College’s music and performing arts students kept the award winners and their families entertained throughout the evening. 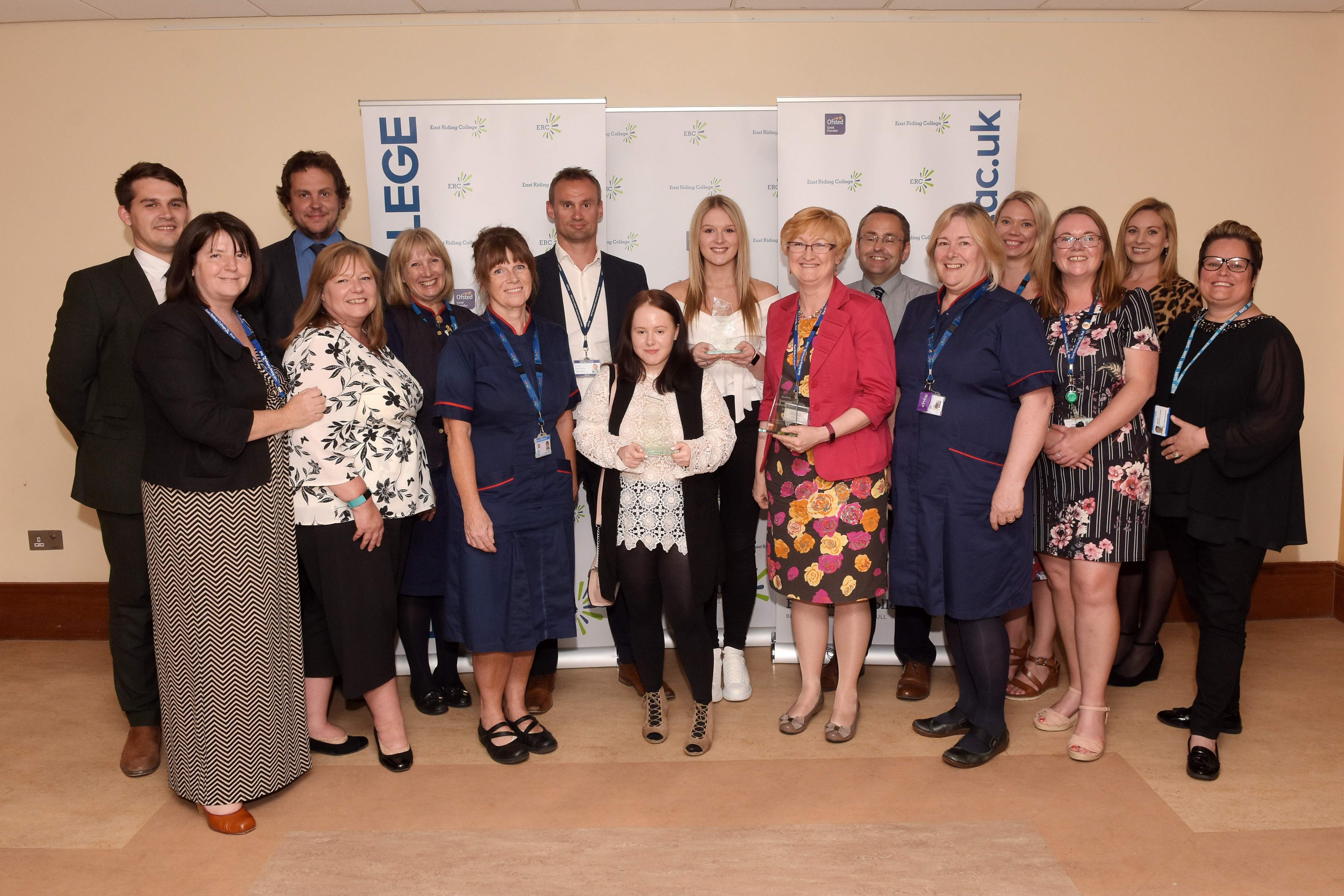 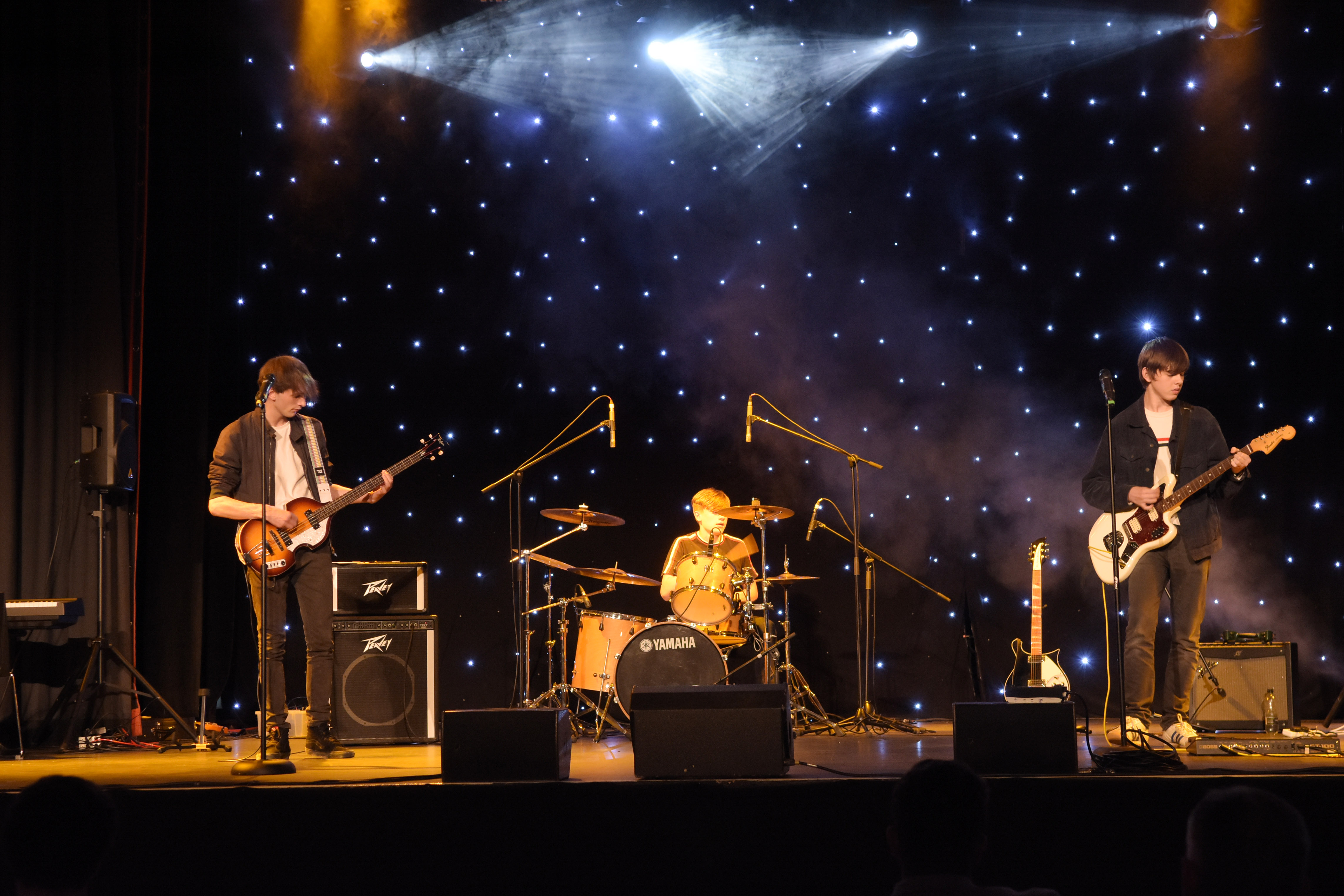 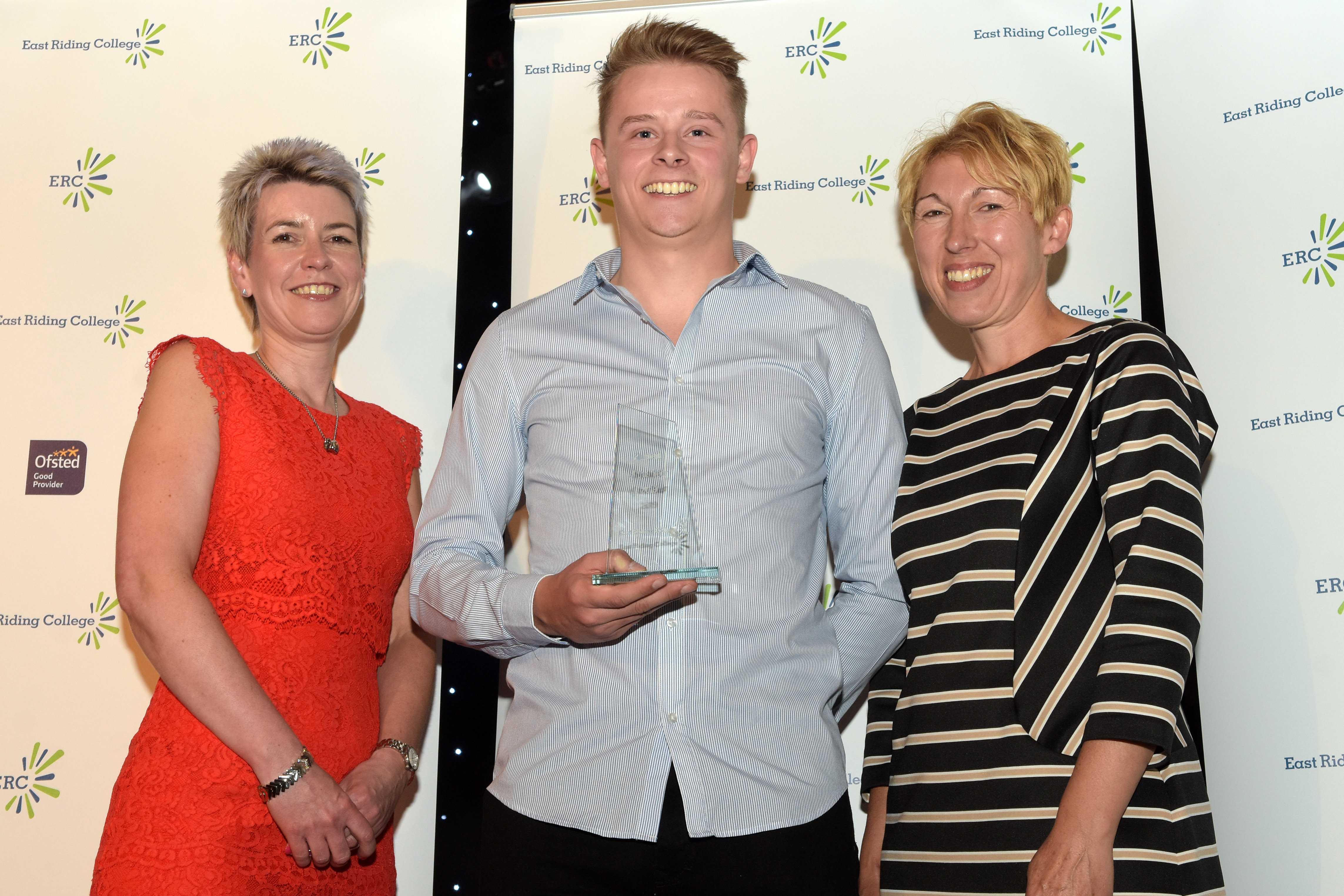