It is with sadness that East Riding College acknowledges the death of HRH Prince Philip, The Duke of Edinburgh, who was very supportive of the education sector and a champion of young people.

As founder and patron of The Duke of Edinburgh’s Award (DofE) he leaves a lasting legacy, which has supported and encouraged young people to achieve their potential over the last 65 years.

New Board members have been appointed by the Hull and East Yorkshire Local Enterprise Partnership (HEY LEP).  Gill Alton OBE, CEO of the TEC Partnership, the college group to which East Riding College belongs is one of the founding Board members set to steer the economic direction of our region.  The Board members, with experience in a number of key sectors will help lead the strategic direction of the LEP, shaping future priorities, developing partnerships and securing investment from both public and private sectors.

East Riding College were delighted to sponsor the Training and Development award at the recent Hull Daily Mail/Hull Live Business Awards.  The ceremony took place online, in the competition's first ever virtual ceremony.  Not only were the College team pleased to see such deserving nominees and winners in the Training and Development category, it was also apparent that East Riding College and its Business Development team had links with many of the shortlisted businesses as apprentice employers across the region.

Are you interested in teaching in Maths, English, Science, Engineering, Computing or Special Educational Needs and Disabilities?

Amidst the third lockdown, over 100 East Riding College students celebrated success in their English and Maths exams.  The results were released for exams sat in November, the first opportunity to retake GCSEs after exams were cancelled in the summer of 2020.

Student Luke Hodson, aged 17 from Lockington has been chosen to receive a bursary from the Gordon Leason Carpentry Apprenticeship Scholarship Fund, awarded by the Rotary Club of Driffield.  The Trust was created in memory of Mr Gordon Leason, a skilled carpenter and joiner from Driffield, who passed away aged 92, leaving a bequest to help trainee carpenters in the local area. The £500 annual prize is intended to help students buy their first tools of the trade.

East Riding College held a ground breaking event on 19 October at its Flemingate campus in Beverley as part of its celebration of Colleges Week 2020.  The symbolic ground breaking ceremony marks the start of work on the construction of a new Institute of Technology at the College’s Beverley campus.  It is part of the Yorkshire and Humber Institute of Technology, one of only 12 such institutes across the country.

East Riding College for Business apprenticeship recruiter Jodie Koplick was named Recruiter of the Month in September by Get My First Job, the website used by young people to find apprenticeship vacancies.  The College has used the website since 2016 and has been recognised for offering an excellent candidate experience from advert to placement.

BRIDLINGTON STUDENTS: East Riding College’s Bridlington campus is switching all timetabled sessions to remote learning for the remainder of this week from tomorrow, Tuesday, 13 October.
This is due to a breakdown of the building’s boiler, which provides hot water.

The College, based in Bridlington and Beverley, will be one of only 88 new providers nationally that have been selected to deliver the high-profile programmes.  East Riding College will deliver T Levels in Digital, Engineering & Manufacturing, Education and Construction.

East Riding College merged with the TEC Partnership on 31 July.  The TEC Partnership is a dynamic and innovative group of colleges and training providers, and is already one of England’s largest and most successful providers of further and higher education.

East Riding College said farewell to its long-serving Chair of the Corporation at the end of July.  Local businessman Simon Wright joined the board of governors at the college fifteen years ago when the Beverley campus was based at the old Gallows Lane site and before the current Bridlington campus was built.  A long-term property strategy, a drive for improvements in quality and guaranteeing the College’s financial future will prove to be his legacy.

St Mary’s Church in Beverley has announced that new stone carvings on the exterior of the building will feature fourteen characters from the ever-popular children’s books, The Chronicles of Narnia by CS Lewis.

East Riding College music student Wesley Trowell has produced a local recording artist’s latest CD – all whilst under lockdown.  Wesley, 27 from Hull worked with Northern Soul singer Lou Lou as part of his HND in Music.  The pair want to raise money for charity and to be able to donate a piece of equipment to the Music Academy at East Riding College in Hull, where Wesley has been a student for the last 5 years.

And our survey said… “Love the course, love the tutor, and the support”

East Riding College have announced the results of a student survey conducted in the first few weeks of lockdown, to assess how students were coping in the crisis and adapting to working from home and studying online.

14th May 2020 - Apprentices complete their end point assessment in style

Four East Riding College hairdressing and barbering apprentices are celebrating, having completed their end point assessment in style.  The four were all awarded distinctions by assessors for demonstrating the skills, knowledge and behaviours required of level two apprentices.  As well as assessing their creative, practical and technical skill, the trainees are also graded on their consultation skills, professionalism and speed.

East Riding College have climbed the rankings again in national achievement rates tables published by the Government recently.  The College now appears in the list of the top 20 general further education colleges in the country for achievement rates.  Achievement rates are one of the most stringent measures of student success and show the percentage of students that were awarded their qualifications.

Like many other colleges and schools, East Riding College has been monitoring the rapidly evolving situation regarding the Coronavirus pandemic and to date has followed government advice on social distancing and self-isolating to protect the most vulnerable.  Some of our students and staff, who have been identified as most at risk, have already being advised to work and study from home. At East Riding College the welfare of our students and staff is always our top priority.

East Riding College has announced free maths courses running at Hull City’s home ground in March. Maths skills development courses will be held in the KCOM Stadium and some lessons will even take place in the home team’s changing rooms! 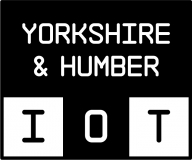