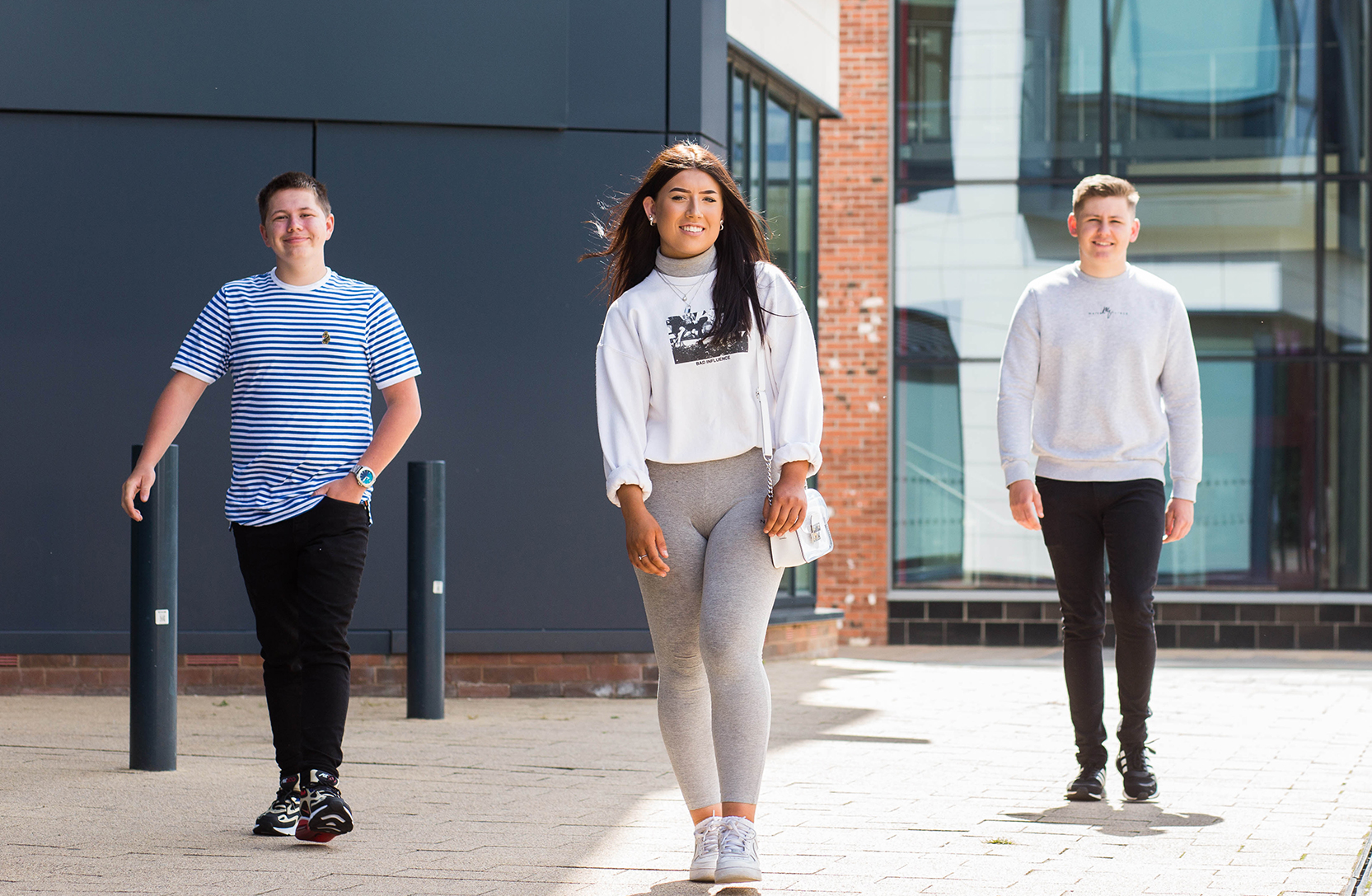 East Riding College travel and tourism students organised ‘Pride Fest’ as part of Diversity Month at the College this week.

Level 3 Travel and Tourism students put in the hours to organise the event as part of their enterprise project on the course to raise money for Pride in Hull.

East Riding College will be hosting the Bridlington Futures Jobs Fair as part of its 10 year anniversary celebrationson 19 February 2019.

The Bridlington Futures Jobs Fair 2019 is a unique opportunity to speak to local employers and education/apprenticeship providers.  Over 40 local businesses will be there to provide information about job roles and training opportunities in Bridlington and the surrounding area.

East Riding College officially opened the doors of its Clinical Skills Centre at its Bridlington campus this week.  As part of its open event the College invited partners of the Bridlington Medical, Health & Social Care Academy to help celebrate.  Guests were able to explore the mocked-up hospital, GP surgery and home care settings, as well as see simulated patients in action.

Congratulations to Efe Ogbevoen, winner of our Christmas story writing competition.  Students of GCSE and Functional Skills English were encouraged to enter a short story writing competiton, choosing one of three Christmas-themed titles.  Every story had to include: Alliteration, a simile, a rhetorical question and dialogue.  Efe, who studies level one English has shown herself to be a great talent and to have a bright future ahead! Well done to everyone who entered. Read Efe's story...

Integra Buildings in East Yorkshire have made a massive investment in their apprenticeship scheme in the past six months.   The business has recently moved to their expanded Paull site and recruited nine apprentices, including joiners, welders and designers.

East Riding College will be open on Friday 23 November 5-8pm to join in the Christmas Light Switch-on and celebrations at Flemingate.  There will be lots of Christmas stalls in our atrium as well as different food and drink options.  Activities and special offers will be available on the night.

Local business Dovecote Park have been awarded a Princess Royal Training Award for putting employee development first. The firm is celebrating after being commended for their commitment to training and skills excellence by Her Royal Highness

Students from East Riding College in Beverley worked together to create a display to remember the fallen soldiers of World War I and commemorate the centenary of the end of the First World War.  The installation is entitled We Remember Them and was created by students and staff as a collborative project between the vocational studies, public services and construction curriculum areas.

Former and current students from East Riding College in Bridlington banded together with members of the Gateway Club from Priory View Adult Day Care Centre to create an art installation which is on show at Bridlington Priory as part of Remembrance Day and the marking of the centenary of the First World War.

The installation is entitled Journey’s End after the play by R.C. Sherriff which is set in the trenches towards the end of the First World War.

East Riding College celebrated Colleges Week with a variety of activities to highlight the contribution colleges makes to people’s lives and the local economy. It's all part of the Association of Colleges fair funding campaign #LoveOurColleges.  See our thank you message:

Lewis Singleton was awarded HE Student of the Year at East Riding College’s Higher Education awards ceremony on Saturday.  Lewis, aged 25, from Hull was also awarded a first class degree in Contemporary Media, Design and Production from the University of Hull at the ceremony.

Dennis Graham visited East Riding College ahead of World Mental Health Day to speak to the students about his own experience and to raise awareness of what support is available.  Dennis lost his son Matt to suicide in 2010 when Matt was only 17.

A recent graduate of the College Helen Mayoh from Beverley won the Copper Saucepan cooking competition at this year’s Beverley Food Festival. Helen works at AAK UK Ltd in food development and recently completed a level 2 diploma in professional cookery.

East Riding College is celebrating Colleges Week with a variety of activities to highlight the contribution it makes to people’s lives and the local economy.  It will also join a national campaign for fair funding for colleges.

Eco Modular, recent winners of the East Riding College Training Champion award have put twenty of their team through an NVQ in Innovative Modern Methods in Construction with the College.

Ex-East Riding College student Charlotte Hanson put on an exhibition of costume at the Morten Gallery at 12 High Street and The Toft in Bridlington Old Town as part of its Heritage Weekend.

British Steel and East Riding College have signed an agreement for the College to provide professional health and safety training to the company’s employees across the UK.

Students at East Riding College in Beverley are loving their language courses and want to encourage more people to enjoy the benefits that learning a language can bring.

East Riding College have joined Marketing Humber’s Bondholders Scheme.  The Scheme is a powerful network of businesses ranging from local entrepreneurs to multinationals.  The College became one of 280 members whose focus is to attract investment, retain and harness talent in the local area, and to create a thriving economy.

Student James Balkwill, aged 19 from Gransmoor near Driffield has been chosen to receive a bursary for joinery from the Gordon Leason Carpentry Apprenticeship Scholarship Fund, awarded by the Rotary Club of Driffield.

East Riding College and the National Union of Rail, Maritime and Transport Workers (RMT) signed a landmark deal at the RMT’s annual Education Festival recently.  Representatives from the College were guests at the Festival which was held at the RMT’s Bob Crow National Education Centre in Doncaster.